Now up for sale are two handmade scenes, both prototypes made for "how to make" features for past issues of the Dolls House & Miniatures Scene Magazine. I am in the process of undertaking a massive clearout of my workroom, and have decided to be ruthless in what goes and what stays. 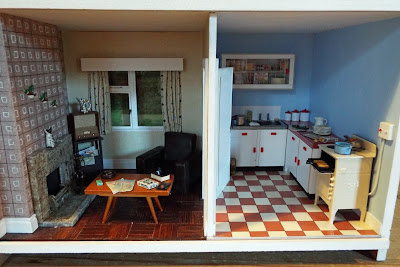 This has been one of my favourites but it is time to let it go, and I would very much like it to go to a good home.

It is a 1950s duel room scene of a living room and kitchen which was created for a “how to make” article featured in the August & September Issues 2006 of the  Dolls House & Miniature Scene magazine. Over the years this has been displayed at various venues and events so has been well travelled. 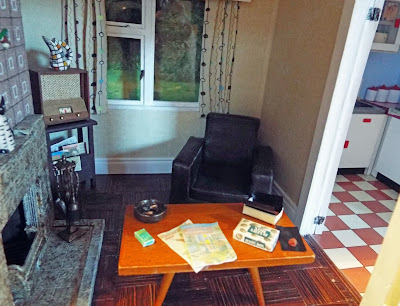 If you are a fan of the 1950s then this may interest you, particularly if you do not have room for a dolls house. Vintage dolls house collectors may have noticed that the coffee table is a vintage Barton 1/16th scale dining table! 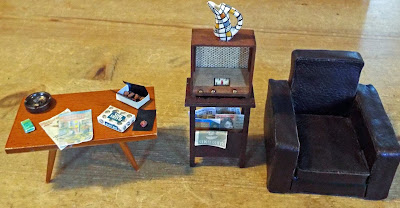 The living room furniture is removable so you can change the room around and adapt to suit your own needs, although everything else is fixed down. 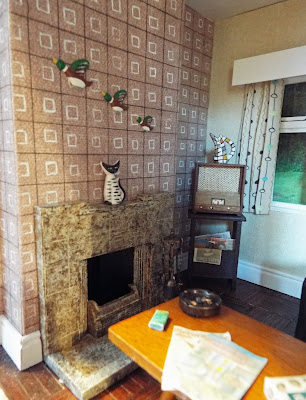 The 1950s cat ornament (which can be seen on the mantlepiece of a painted 1930s-1950s tiled fireplace) and jug on top of the wireless were made by Sally Meekin and available back in 2006. 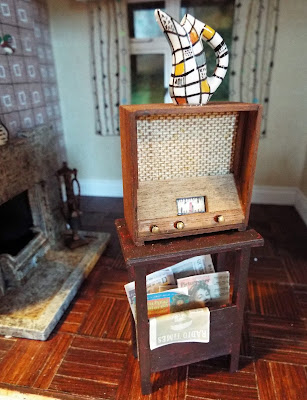 Amongst items included in the "how to make" instructions, was this wireless table. 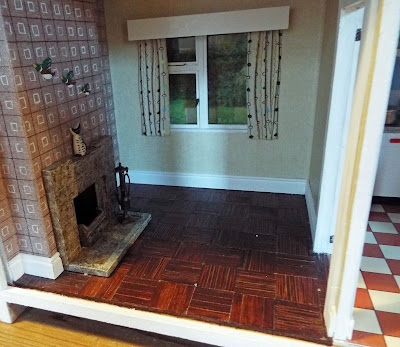 Part of the feature was showing people how to design one's own 1950s style wallpaper and curtain material, plus block "wooden" flooring out of cardboard!

The architecture was meant to be that of a 1930s house that had been updated by the elderly resident of the abode who was keen on DIY. So the door which is fixed into an open position, is a prime example of how in the 1950s, hardboard was fixed over each side of a 1930s panelled door to make it stylish for that time. 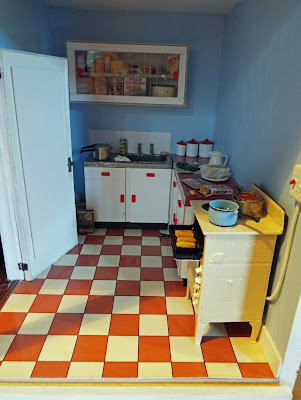 The kitchen cabinets have been made from a variety of materials including foamboard, cardboard, card, etc.and are all fixed into place. 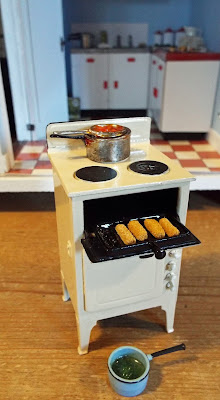 The cooker is an old Phoenix electric cooker that was given the KT Miniatures painted treatment. Much of the food was contributed for the article by the now retired artisan Mags Cassidy. 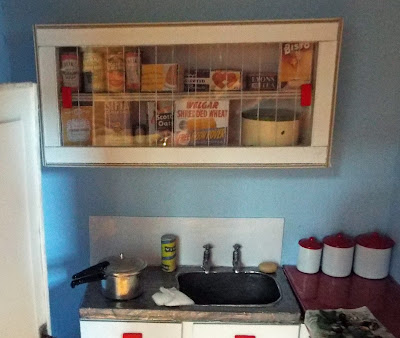 All the packaging that you can see, particularly in the wall cupboard, was created with the use of the computer after undertaking much research at that time I seem to remember. It was challenging but fascinating. 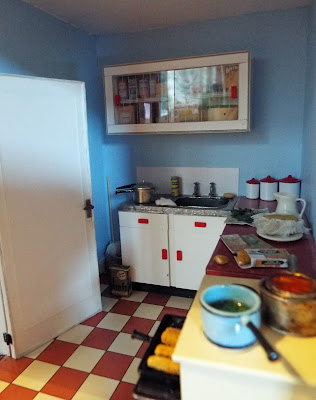 This room box is heavy and fragile, so it is advisable for any prospective purchaser to collect in person from me here in Thame. However, it would be possible to post, although due to the weight and fragility, it would be both expensive and there will be a risk of damage in transit. 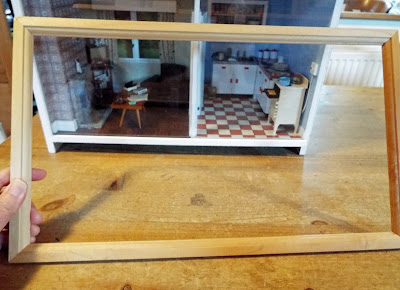 The room box itself is made from MDF and was supplied by Sid Cooke (sadly no longer trading) and it came with a wooden frame which I still have but never used, and will include with the sale. It can be painted or varnshed and fixed to the front of the room box. There is a sliding perspex front.

This is the 1/12th scale prototype of a camping scene that my workshop colleague and great friend Robin Britton created with me for a "how to make project" for Dolls House & Miniatures Scene Magaze starting in the May 2015 issue (No. 252) and then several consecutive issues after. This is also surplus to requirements, and both Robin and I would very much like this to go to a good home too. 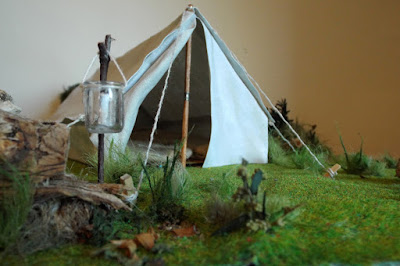 This versatile scene had been inspired by books from our childhood such as ‘Swallows & Amazons’ and ‘The Famous Five’ but could be used in a variety of ways. We used all kinds of natural and manmade materials to not only landscape the MDF base but also to make the tent and accessories. In fact the tent was made from the leg of a pair of M&S trousers! 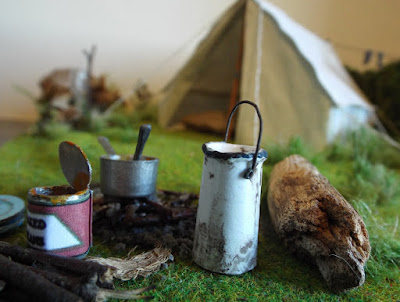 Instsructions in the feature showed how to make this billycan and tin of baked beans. 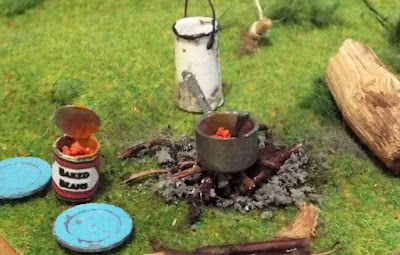 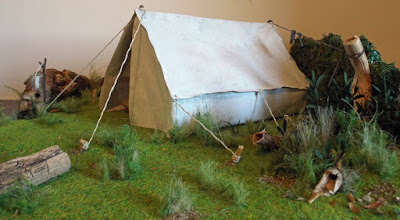 Along the back of the scene is a uniquely made hedge plus there is an impromptu washing line with a pair of tiny socks hanging up to dry.

This could be butted up against an old dolls house for an imaginative garden scene, but it would equally made a fantastic backdrop for a scouting or guiding scene, or perhaps a vintage childhood scene to stage some old dolls, or how about a miniature teddy bears picnic? There is plenty of scope to adapt this scene to suit your own needs and let your imagination go wild!

Both these 1/12th scale miniature scenes are now up for sale and can be found on the following link:
ktminiatures.com/general

As mentioned above, these miniature scenes are not only heavy but rather fragile so it is strongly advisable to collect from me here in Thame, Oxfordshire. However, it would be possible to post but there is always that risk of damage in transit. If you are interested and would like to discuss further, please do not hesitate to get in touch. They would make wonderful and unusual Christmas presents for someone....or why not treat yourself?
Celia

Posted by KT Miniatures at 16:26 No comments:


Ok, so I have had a niggle in my right knee for months. It started off very minor to begin with...then it progressed to a wince each time I went up and down stairs. Just lately at the end of the day, it was becoming a little more painful and my children were nagging me to go and see the doctor to get it sorted. However, somehow I just never got around to making that appointment, life kept getting in the way...you know how it is. 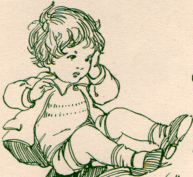 But then there was an "oops moment"!

I was climbing out of my attic workroom with a box in my hand early one morning last week, and simply due to lack of concentration I landed awkwardly and heavily, completely miscalculating the large step down. I've been climbing in and out of my workroom almost daily for nearly 20 years without a single mishap, so only have myself to blame.

As last week progressed I had hoped that the pain would ease and all would be back to normal. But by Friday the pain was becoming unbearable and my limp was becoming more profound. So earlier this week my knee came under close scrutiny at the doctor's surgery....hmmm, am now laid up with suspected torn meniscus. I probably did the first damage over a year ago and now it is a thousand times worse. I have been suitably chastised by each of my children for not going to the doctor sooner :)

So I'm afraid that the planned listing of further vintage items to KT Miniatures has been put on hold for this week...sorry. Am currently sitting here with a packet of frozen peas on my knee!

What a year this has been!

This Gnome Now Has A New Home To Go To!

Almost as soon as this rare Britains lead gnome went up for sale, he was snapped up. Mind you, its not surprising really as examples like him just do not come along very often.

What a handsome chap he is! At just 2" sitting height, he is rather big as gnomes go in 1/12th scale terms...but hey ho.

I understand that he originates from the 1930s, which makes him rather old. He will soon be embarking off to a new home...am sure he is excited :) 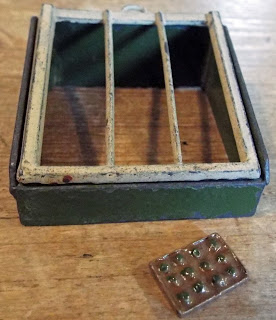 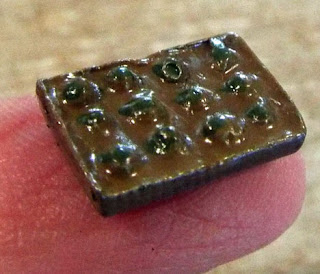 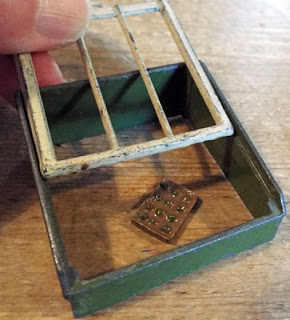 The white lid is able to slide in and out of the cold frame base. Unsurprisingly this was snapped up almost as soon as it went up for sale too. For further photos of these items plus more Britains Lead Garden pieces to purchase, PLEASE CLICK HERE.
A variety of vintage miniature items have now been added to KT Miniatures website and are available to purchase, including some highly sought after c1920s Lines Bros/Tri-ang furniture. But  more about those another day.
Celia

Posted by KT Miniatures at 18:07 No comments: 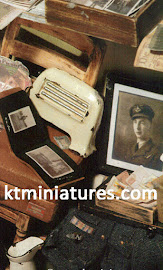 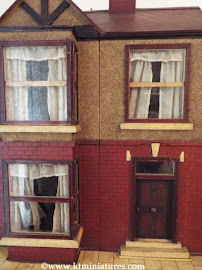 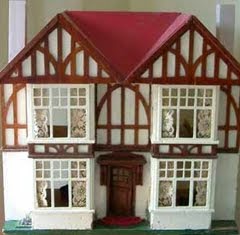 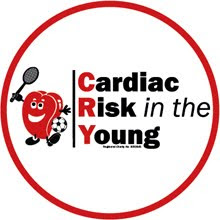